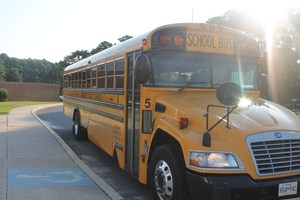 The Somerset County Board of Education has announced that all schools will open for students on Monday, August 24, 2015. Regarding bus routes, adjustments may have to be made after the opening of school because of overloading, safety and efficiency. Pupils are urged to be at their bus stop early on opening day, after which a definite scheduling pattern will be established. Click on the title and click on the link to access SCPS' bus routes for the 2015-2016 school year.
https://d3jc3ahdjad7x7.cloudfront.net/n3GPFAoH8M57IFlhEVXMkx3CW5lmJXPBsfGUsFIalp50BTkM.pdf